Anonymity became a barrier that stood in the way of mass adoption of cryptocurrencies by the traditional financial market. At the same time, omitting privacy contradicts the core concept of digital assets. In order to satisfy the interests of both cryptocurrency users and regulators, a trade-off was needed. The solution has already been created. Let’s go deeper and learn how to stay anonymous in the crypto market without breaking any laws.

What is KYC and what does it have to do with cryptocurrency?

The abbreviation KYC means Know Your Customer. This definition is often used in the context of the financial market. KYC refers to a number of procedures aimed at ascertaining the identity of a person planning to conduct financial transactions.

Cryptocurrency is a financial instrument, which according to the covenant of Satoshi Nakamoto, the founder of Bitcoin, must be anonymous. From the point of view of regulators, completely confidential transactions carry risks associated with money laundering, terrorist funding and other illegal activities. That’s why governing authorities need to pipe users of cryptocurrencies through KYC procedures.

Crypto market participants are also interested in having convenience for all parties – users and regulators – related criteria for individual identification. In fact, governments cannot allow the circulation of an anonymous financial instrument that they cannot control because of its secrecy.

Transactions with cryptocurrencies can be seen as a two-way street by following KYC procedures: members of the crypto community can continue to transact with digital assets, while regulators have the tools to control the dealings of such coins. will receive That being said, users will be left anonymity in that case.

What’s wrong with KYC in the crypto industry and traditional markets?

Crypto projects, including major exchanges, aspire to operate within the legal framework. For that, they need to be “friends” of regulators. When it comes to cryptocurrency, the best way to gain the trust of the governing agencies is to act according to KYC requirements.

The standard identity verification process in the crypto industry involves several steps, including the following:

Also, platforms often ask users to take a selfie with a supporting document.

Interesting! Many crypto projects force users to go through KYC procedures by imposing limits. For example, some trading platforms reduce operating limits for users who have not completed the verification process.

Crypto project representatives create KYC databases that may contain identity support document scans or other magnets for fraudsters. As a result, cryptocurrency platforms have become targets for wrongdoers.

Practice has shown that even major players cannot maintain KYC data of their customers securely. For example, in 2019 the verification documents of Binance users were leaked to the internet. First, representatives of the trading platform leak denied But they had to admit it after the customers’ pictures were posted. 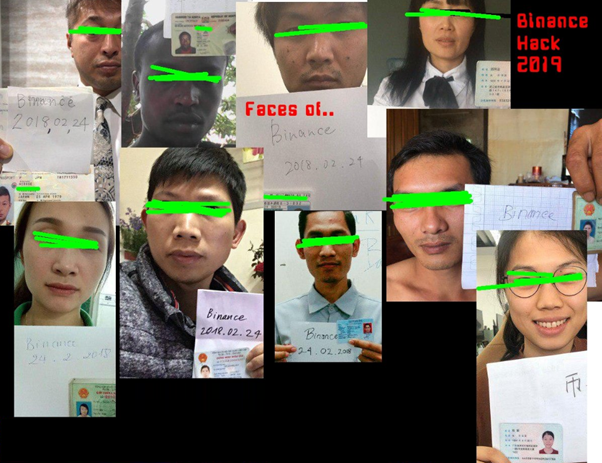 The “apologetic” response from the Binance team was for offering victims a lifetime VIP membership. Many market participants are of the opinion that this was not an appropriate response to those who were at risk due to the vulnerabilities of the trading platform. Actually, fraudsters can use KYC data and photos for theft and other illegal activities.

Such incidents cause huge damage to the reputation of the companies. Fortunately, modern organizations can avoid such failures.

How to solve KYC problem

It appears that the crypto community cannot forgive KYC, otherwise cryptocurrencies will not be integrated with the traditional financial market. At the same time, as market experience shows, providing verification data and photographs of documents to third parties can be dangerous. The solution to this problem was offered by the Czech company Hashban. This team was the first to develop the concept of Digital Passport HashBan Pass (NFT Passport). Here is how it works:

In this way, HashBan Pass ensures the anonymous use of crypto platforms, including projects in the Decentralized Finance segment (DeFi). Also, NFT Passport can be used for confidential identity verification when working with platforms in the traditional financial segment such as, for example, banks. Other use cases of HashBan Pass include anonymous valid age verification and captcha bypass.

NFT Passport Issuance and Use Cases 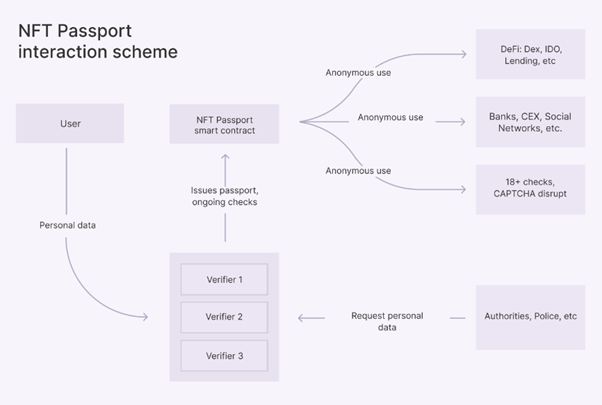 Interesting! If required, for example, in case of regulatory scrutiny, government agencies can request KYC data from the verifiers.

Here is the list of problems solved by NFT Passport HashBan Pass: 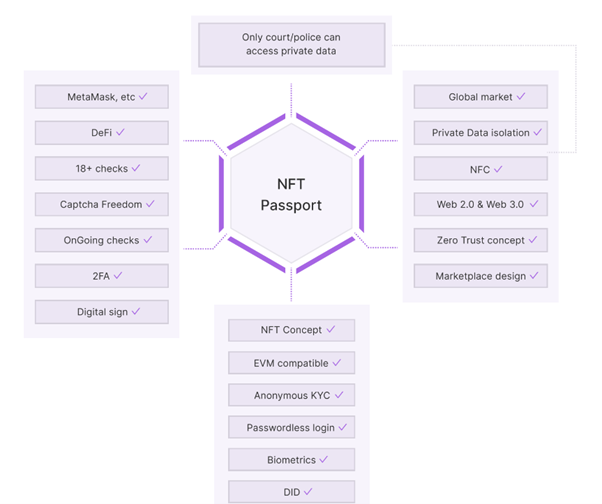 It appears that HashBan Pass offers anonymous and completely secure KYC identity verification. Not only in the decentralized finance market, but also in the traditional financial industry. For companies, the partnership with HashBan Pass allows for a simpler verification process and protects customers from data leakage. All these factors increase their appeal.

The HashBan Pass launch is planned for the end of June 2022. Be the first to partner with the project to provide customers an easy and secure way for anonymous KYC verification. Follow updates and request a demo on the official HashBan webpage.