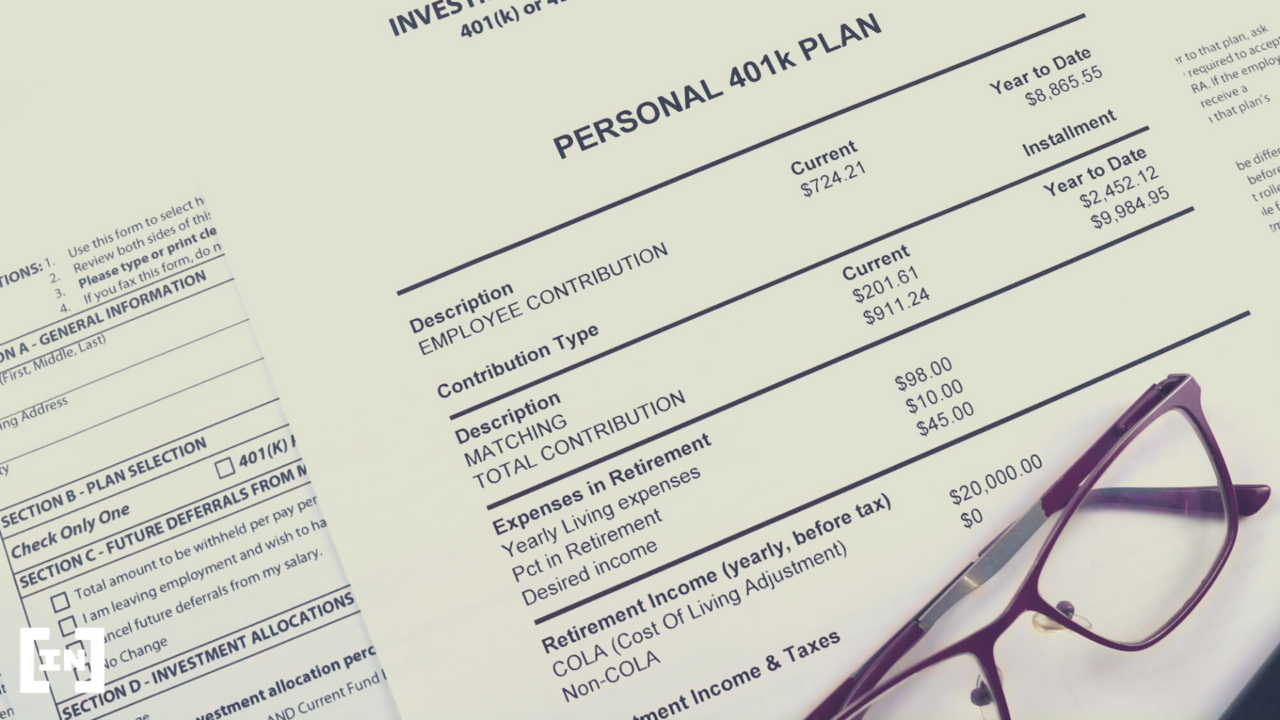 On Friday, Rep. Byron Donalds (R-FL) introduced a bill in the US House of Representatives that would allow Americans to include bitcoin in their 401(k) retirement plans.

The bill serves as a House companion to the Senate’s Financial Freedom Act of 2022, which was introduced earlier this month. Representative Donald’s bill would prohibit President Biden’s Labor Department from restricting the types of investments that self-directed 401(k) account investors can choose to invest through the brokerage window.

“At this early stage in cryptocurrency history, the Department has serious concerns about the prudentity of a fiduciary’s decision to allow 401(k) plan participants to make direct investments in cryptocurrencies, or other products whose value is linked to the cryptocurrency. is.”

Recently in an interview with wall street journalThe department expressed its concern for what Fidelity Investments has done.

“We have serious concerns about what Fidelity has done,” said Ali Khawar, acting assistant secretary of the Employee Benefits Security Administration. The administration regulates company-sponsored retirement plans within the Department of Labor.

“In a far-reaching and widespread effort to centralize power in Washington, the Biden administration is now attempting to determine how the American people invest their hard-earned money.” said Representative Donalds.

“This administration, as well as no other government entity, has the authority to dictate the financial future of US investors,” he said.

Republican support for the bill

Donalds noted in a tweet that Senator Tommy Tuberville of Alabama, with the support of Congressman from Minnesota’s Sixth District Tom Emmer, would move the bill in the Senate.

“@RepDonaldsPress and @SenTuberville are proud to support the Financial Freedom Act 2022,” Emmer tweeted,

“People work for decades, live within their means, and invest wisely so they can retire comfortably,” Senator Tuberville said.

“Now, the Biden administration has taken it upon itself to decide which assets are considered eligible for retirement investments, judging from individual investors by issuing regulatory guidance targeting cryptocurrency. This is government redundancy at its peak. The government has no business in the way of retirement savers who want to make their own investment choices. Once you’ve earned your paycheck, how you invest your money should be your decision. Our law ensures that it be so.”

Some experts argue that Fidelity has missed two important elements of investing — the lack of diversity and the size of the allocation.

Matt Hogan, chief investment officer at Bitwise Asset Management, argues that offering only one or two cryptocurrencies is not ideal.

He argues that “the best approach for most investors looking to make a long-term allocation in crypto is a diversified, regularly rebalanced index that will be suited to a developed market.”

Hogan believes that despite short-term reluctance due to regulatory pushback, employers will eventually struggle to add crypto to their 401(k) plans because employees will welcome the move.

Adam Bergman of IRA Financial Group argues, “In the case of a 401(k) plan where the employer has fiduciary responsibilities to the plan participants, 20% is high enough for most investors.” The company allows clients to invest in a wide range of cryptocurrencies.

Bergman believes that the allocation to crypto should be 1% to 5% of the portfolio.