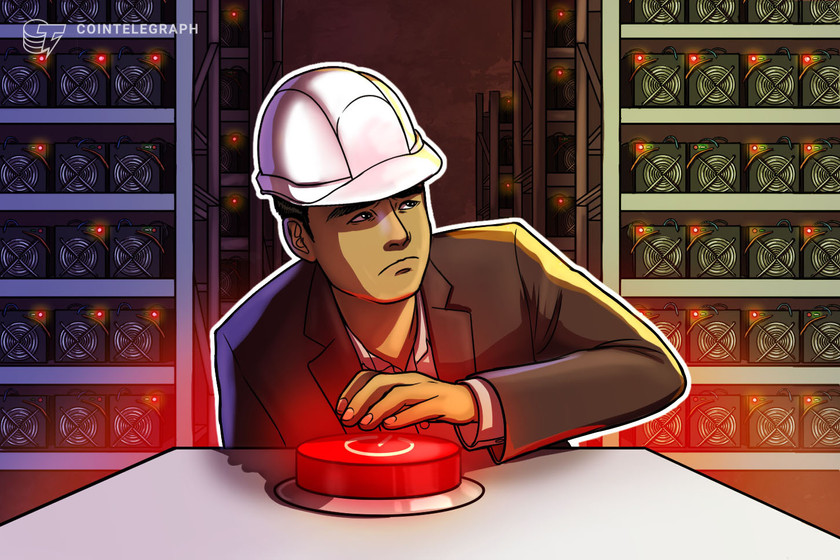 According to local news outlet Arz Digital, a day earlier, a spokesman for Iran’s Ministry of Energy, Rajabi Mashhadi, said that the unit would cut electricity supplies to all licensed crypto mining firms in the country by early July.

Citing projected power shortages from the peak-summer season, Mashhadi said, “There are currently 118 authorized [digital currency] extraction centers in the country, which must cut their electricity supply from the national grid from early July.”

“Last week, the country’s electricity consumption recorded an all-time high of 62,500 megawatts (MW), a significant figure during the peak consumption period. According to forecasts, this week’s consumption requirement will exceed 63,000 MW, which means That we have to limit the power supply.”

The move comes after the country’s energy ministry reported a disappointing 1.2 gigawatt (GW) of its electricity generation capacity in 2021. This was well below the estimated gain of 3.5 GW, which led to a reduction in power usage.

Due to international sanctions, Iran lacks electricity generation capacity and the investments needed to sustain consumption in natural gas production. On the other hand, demand is increasing partly because electricity prices are extremely low in the country. The average household electricity cost in Iran is at least $0.005 per kilowatt-hour (kWh), a fraction of $0.024 per kWh in its neighbor Iraq and $0.159 per kWh in the US. For political reasons, the Iranian government spends more than $60 billion annually in indirect subsidies. does. To reduce electricity prices.

According to Cambridge University, Iran accounts for 0.12% of the hash rate of the Bitcoin (BTC) network and was previously among the top 10 countries in the world in terms of BTC mining productivity. However, its share of the bitcoin mining market has fallen from a peak of 4% over the years, partly due to a severe power shortage in the summer of 2021.

Monero v DASH – Which one is a better buy?