Bitcoin Makes Another Failed Attempt at Breaking out Above $31,500 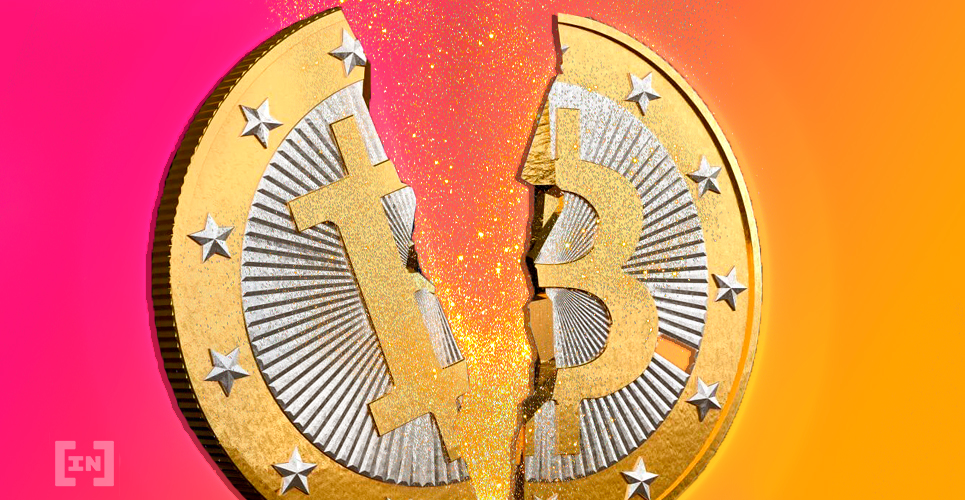 Bitcoin (BTC) failed to break out of the confluence of resistance levels and formed a bearish candle that took it to $30,000.

BTC has been falling below a descending resistance line since April 5. The most recent rejection occurred on May 5, leading to a May 12 low of $26,700.

The price has been trending upwards since then but has failed to form a bullish structure. Instead, it is trading inside an ascending parallel channel, which usually has corrective formations.

Yesterday BTC was rejected by the middle of the channel, the $31,500 resistance area and the descending resistance line above (red sign). In turn, this formed a bearish candle.

The price is now trading again at the support line of the channel.

If the Bullish Divergence trendline breaks out, it is likely to bring down the price.

The two-hour chart is showing that the price is declining inside a descending parallel channel. Currently, it is attempting to stay above the middle of this channel (red sign).

A breakdown below this would confirm the daily time frame readings and indicate that lower prices are in store.

There are two possible wave counts that can occur.

The first is bearish, and it suggests that the price is in wave four of a five-wave downward movement (white).

If true, this means that the price will soon drop below $25,000 to complete wave five.

The second is faster, as it indicates that wave five has been completed by truncating.

Whether there is another breakout or rejection from $31,500 will determine which count will transpire.

Independence Day: Why America’s Founders Would Be Bitcoiners

The Moon ‘created’ his lavish reality… and says you can, too – Cointelegraph Magazine

Five of the top 10 cryptos dropped by double digits

Crypto Market Tumbles, With FED Raising Interest Rates! Is it The Start of a Market Crash?